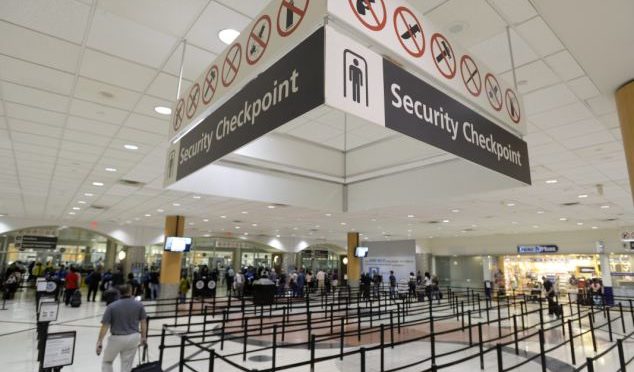 Federal laws restrict firearms (and other weapons) in the sterile areas beyond the security checkpoints. But most states (including Michigan and 43 others) allow the carrying of firearms in the common terminal and baggage claim areas of airports.

Florida, and only five other states, make the entire airport terminal off limits even to carry license holders while armed. Of course, this didn’t stop the shooter today in Fort Lauderdale in the baggage claim area.

While the TSA has previously considered adding unsecured areas to their ban, a recent Missouri Court of Appeals decision overturned that state’s ban.

This means that you can legally conceal carry into the terminal, up until you get to the TSA checkpoint, at which point you can check an unloaded and secured (per TSA rules) firearm, then when you pick it up at the baggage claim you are usually good to go into a restroom and load back up so you can be carrying on your way out the door (which is what I usually do).

For some reason, even though there is no security check points going into or out of the airport, Florida, Oklahoma, North Dakota, Illinois, Virginia and Arkansas don’t trust you there while actually carrying.

You will need to check with each of those state if you are flying there to see what their policy is on how to transport your checked firearm in and out if you want to take it flying.